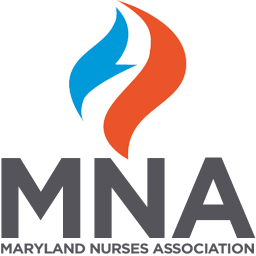 Posted about 2 months ago

There has been much discussion among both ANA and MNA members recently about the 2019 ANA Membership Assembly (MA), ANA’s highest governing body, decision to stop the past practice of endorsing candidates in the presidential election. Some ANA members recently petitioned the ANA Board of Directors (BOD) to endorse in the 2020 elections despite the MA’s decision in 2019.

After much deliberation, the ANA BOD decided to uphold the decision of the ANA MA voting representatives from the Constituent/State Nurses Associations (C/SNAs) who voted overwhelmingly in 2019 to stop the past practice of endorsing presidential candidates. MNA leaders feel it is important for MNA members to understand ANA’s history of presidential endorsement and how and why the decision was made to cease this past practice.

Since 1984 the ANA has endorsed a candidate in every presidential election to include the 2008 election when the ANA BOD endorsed in both the primary and the general.  Initially, this practice was supported by the vast majority of the membership.  However, since 2004 there have been increasing concerns; ANA’s presidential endorsement practice was disputed by some in 2008.

Members of the MNA Leadership heard these concerns and discussed them with other members of the ANA HOD and the more recent ANA MA. Other C/SNAs reported membership concerns about continuing the ANA presidential endorsement practice. At the end of the 2018 ANA Membership Assembly (MA), MNA Representative Rosemary Mortimer, requested for the ANA BOD to review the practice and decide if the present endorsement practice still served the needs of our members and report back to the ANA MA in 2019

Then ANA President Pam Cipriano appointed a bipartisan and diverse task force to investigate the issue placing Virginia (“Gina”) Trotter-Betts as the chairperson of the task force.  Gina is a former ANA President and was a vocal proponent of continuing the presidential endorsement practice.   The task force had numerous meetings and discovered that this issue had become increasingly divisive for the members. Due to the removal of constraints on monies donated, the rise of financial Political Action Committees (PACs), and the demise of Citizens United, the financial help that ANA could give a candidate was minimal in contrast to other organizations.

Furthermore, in each election cycle fewer and fewer of the candidates were consenting to an interview with ANA staff members; eventually almost no candidates even answered the ANA election questionnaire.  Both the questionnaire and the interview were key components of the ANA presidential endorsement process. A survey of many of the leading health care professional groups led the task force to realize that few were endorsing in the presidential race anymore.  There was also concern that ANA had to work with whomever was elected, and endorsement of a losing candidate could be held against ANA as an organization.

The task force led by Gina Trotter-Betts issued a report in 2019 and recommended to the ANA MA Representatives for ANA to discontinue the practice of endorsing in either the primary or general election for president. Gina acknowledged that she had been persuaded by the task force’s work and was recommended on behalf of the task force that the presidential endorsement practice cease. The ANA BOD concurred with the recommendation of the task force. It was recommended that ANA’s finances, staff resources, and volunteer efforts were needed more to educate members on the needs of patients and health care concerns.

The ANA MA representatives voted in favor by 87.7 percent to eliminate the practice.  However, the ANA BOD does have the authority to override this action and endorse if they so choose.  The ANA BOD met on September 11, 2020 and considered if they should endorse in this cycle.  The ANA BOD heard from many members requesting an endorsement.  However, after much discussion, the ANA BOD decided to uphold the will of the ANA C/SNA voting members to the ANA MA and will not be endorsing a presidential candidate in 2020.

Anyone with a desire to read President Grant’s message from the ANA, you may access his information using the following link: https://anacapitolbeat.org/category/election-2020/

This documentation is a historical perspective provided by the collective voice of our ANA membership assembly representatives, led by Rosemary Mortimer, on ANA’s decision not to endorse a presidential candidate. It is being offered as insight to the current status of the open public statement provided by President Grant (shared in the link above) that supports ANA’s position not to endorse a presidential candidate.